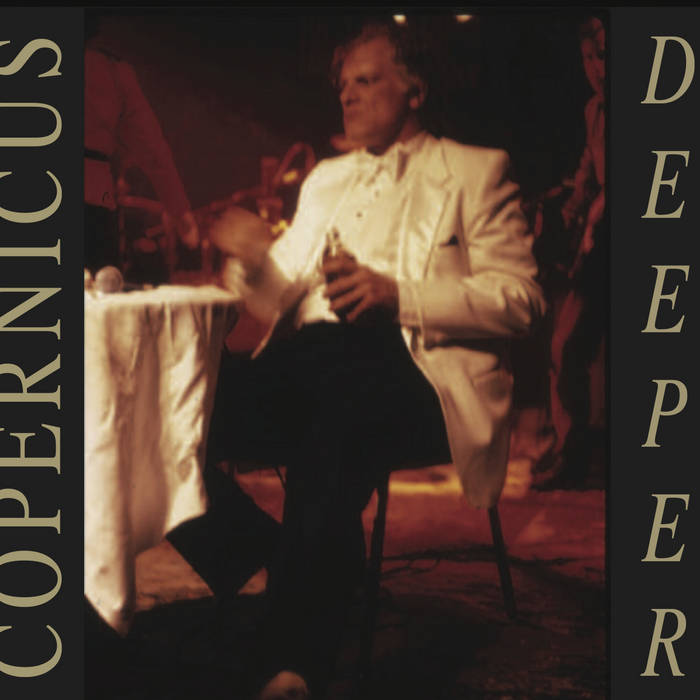 Nevermore, Inc., in collaboration with MoonJune Records, continues their comprehensive reissue program of the Copernicus catalogue with the release of 1987's Deeper. This was the New York performance poet’s third album, previously issued on vinyl (only) twenty-five years ago.Maintaining his consistently uncompromising approach that explored the connection between improvised words and music, this superlative effort documents the continued evolution of his journey. The music, though seemingly earthly, is cosmic. The great arsenal of musicians with which Copernicus surrounded himself seem to suck out the emotions inherent in all of the themes that invade his searching mind.Upon the foundation of this mesmerizing musical accompaniment, Copernicus provides a perspective as only he can: guiding the listener through a multi-faceted view of the evolution of a mind reaching into the subatomic to explain the cosmos. (... And, in the process, exposing the mirages which comprise the physical realm as we know it.) 'The illusion of the macrocosm,' and more subatomic revelations, are revealed in this riveting set from the classic Manhattan RCA Studio sessions.

Most of this album was recorded live on May 13, 1985 at Studio C, RCA Studios in New York City, with the full band, except “From Bacteria” which was recorded at the same studio in May of 1984.“Not Him Again!” and “Victim Of The Sky” were recorded live at the Daily Planet in New York City on July 28, 1985 with only Copernicus, Matty Fillou and Marvin Wright participating. These recordings were spontaneous and unrehearsed with only a few minor overdubs.